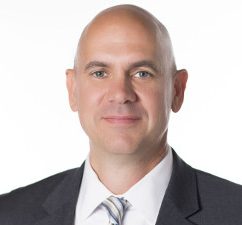 For nearly 20 years Christopher has been a leader in healthcare transformation in the private sector and the military.  Currently, he is the Vice President of Telehealth for HCA (Hospital Corporation of America) based in Nashville, Tennessee.  Christopher has served in this role for the past two years and is dedicated to ensuring HCA’s Clinically-Focused and Technically-Enabled Telehealth programs enable real-time, secure bi-directional video clinical services at or above the same standards of care as in-person encounters.  He is responsible for the enterprise strategy and centralized operational support of more than 415 telehealth sites distributed across 30 states.  These programs include TeleStroke/Neurology, TelePsychiatry/Behavioral Health, TelePediatrics, TeleWomen’s Services, TeleIntensivist/Critical Care, Remote Patient Monitoring, and Virtual Urgent Care.

Prior to joining HCA in 2014, Christopher led Humana’s Clinical Innovation division and was the Telehealth Director to the Office of the Chief Medical Officer, based in Louisville, Kentucky.  In these roles he was focused on the strategic development and operational execution of technology-enabled clinical program innovations. While in this role he led the development of Humana’s Telemedicine Strategy and successfully launched six telemedicine programs, to include Patient Initiated eVisits and PCP/ED to Subspecialty Consultation programs which supported more than one million members. Additionally, he led the development of the Humana Member Summary®, a Payer-Based Clinical Decision Support Health Record, designed to provide actionable information to providers at point of care. The integration of this tool into five national EMR systems ensured that the Member Summary was available on more than 7.6 million of Humana’s members, which through its use resulted in a 16% improvement in clinical outcomes in its first year.

Earlier in his career, Christopher served as the Director for the Army’s Operational Telemedicine Programs as well as a Telemedicine Project Officer at TATRC (the Telemedicine and Advanced Technology Research Center) a division of the Army Medical Research and Materiel Command at Fort Detrick, MD. In these roles he was responsible for the development of new telemedicine systems from concept, engineering design, securing/managing funding, prototyping, testing, fielding and sustainment of these systems to Active and Reserve elements of the Army and Coalition military forces worldwide.

Over the course of his career in the Army as Medical Service Corps Officer, and as a leader in the private sector Christopher has maintained his passion for healthcare innovation and complex operations.  This has afforded him a great deal of experience and knowledge, as a longstanding member and contributor to the ATA.