‘The doctor won’t see you now.’ Rethinking health care delivery in a crisis.

Health care workers were already in short supply in many rich countries. But the coronavirus pandemic may yield new approaches to telemedicine and staff recruitment.

Veteran Seattle nurse Carolyn Grant had just finished kicking off her retirement with a trip to Hawaii when she got a text from her old boss: Would Ms. Grant come out of retirement to help the medical center’s COVID-19 testing program? That night, she said yes.

In Germany, where “not a single hospital has enough staff,” says a Berlin ICU nurse, the government is calling medical students to action, and dissolving bureaucratic hurdles so hospitals can mobilize more medical workers.

In Italy, which has seen the world’s highest coronavirus death toll, the government has asked recently retired doctors to come back to work, and allocated funding to hire 20,000 more health professionals.

Chronic worker shortages can be patchworked during normal times, but as the COVID-19 pandemic slams medical systems around the globe, having the right personnel can mean the difference between life and death. Administrators are rehiring retired professionals, tapping medical students before they even graduate, and turning to the military and volunteers to supplement a stretched workforce that even before the current crisis was coming up short.

“It is like we have a blanket that is too short and everyone is trying to pull it to his side,” says Nicola Draoli, an Italian nurse.

From Berlin to Seattle, hospitals and clinics are also ramping up telehealth options, which in a few weeks have been overcoming medical, bureaucratic, and consumer resistance that had stymied advocates for years. As COVID-19 brings waves of patients through hospital and clinic doors, health care systems are turning to solutions that might become increasingly attractive going forward.

“If there is one positive aspect, this crisis is proving that reforming health care doesn’t necessarily take decades. It’s just a matter of will,” says Mr. Draoli, a member of the central committee of Italy’s national federation of nursing.

In Berlin, a nurse in an intensive care unit who prefers to be called Nico because he’s not authorized to speak to the news media loves working with patients, and the undersupply of nurses means ironclad job stability. “I think I could work at any hospital or any ICU in Germany,” he says.

But the shortage has downsides: The hospital had closed a quarter of its ICU beds over the last two years due to lack of staff. Nico was constantly on call to pick up extra shifts, and also needed to clean patient rooms and tidy pharmacies due to a shortage of assistants. Over the years, Nico has seen colleagues vote with their feet. “The workload is so heavy,” he says.

Today, Nico’s hospital is prepping for the COVID-19 crisis by adding ICU beds and training non-ICU staff. Administrators are also preparing to hire medical students, who now have government-mandated flexibility for education, training, and licensing requirements.

“We’re waiting for the big wave of patients, expecting it to hit in late April,” says Nico.

Germany is currently facing a shortage of 70,000 nurses in hospitals alone, according to Verdi, a German trade union. “We’ve lost 300,000 health care workers each year to retirement,” says Stefan Sell, a professor of economics and social policy at the University of Koblenz. “And the younger generation is very small, and young people go into other jobs.”

The situation is no better in other developed countries. Italy is currently short about 53,000 nurses, estimates Mr. Draoli of the nursing federation. The United Kingdom’s National Health Service is missing about 100,000 health care workers of all kinds, and the United States needs to recruit at least 200,000 more registered nurses each year. All have aging populations that need more elder and long-term care.

Put simply, the job isn’t attractive enough, as pay for nursing and medical assistant work hasn’t remained competitive. In Italy, for example, health care salaries have declined from roughly 40% of the country’s annual public health budget two decades ago, to less than a third today.

“In the U.K., we have a lot of vacancies that remain unfilled,” says Dr. Rocco Friebel, a London School of Economics health policy professor. “Working conditions are poor. It’s a very high-pressure job.”

Staffing projections worldwide are sobering. By 2030, countries in North, Central and South America are expected to face a combined shortage of roughly 2.5 million doctors, nurses, and other workers, with Europe’s shortfall at around 1.4 million, according to a 2017 study by medical researchers.

Governments in the U.S. and Europe have attempted to tackle shortages by shifting workloads, digitizing services, providing funding to create elder care positions, and looking at worker wage increases, among other initiatives.

“In the U.K., we’ve seen a push to employ clinical assistants, who can do bookkeeping and a lot of the day-to-day tasks, which then frees up fully qualified nurses to take care of the most severe cases,” says Dr. Friebel.

But the main strategy in wealthy nations is to fill their ranks with foreign nurses and health care workers. The German government is working with Kosovo, Mexico, and the Philippines to integrate workers into its health care system. In the U.K., the National Health Service has long tapped European Union nationals, especially those from Poland and other Eastern European countries, to fill jobs.

That’s only a partial solution, says Dr. Sell, the German economist, in part because of the competition. “A lot of other countries such as the Netherlands, France, and Switzerland are also trying to get people from Russia, Ukraine, and other countries,” he says. Also, he points out, many potential migrants don’t speak the adopted country’s language.

“Ultimately, we have to get additional staff from our [home] labor force,” says Dr. Sell. “That will require a multidimensional strategy such as improving working conditions and education” for workers.

A turn to volunteers, telemedicine

A shortage that will take decades to solve feels acute in the face of a pandemic.

In the U.S., top officials are crying out for medical volunteers of all stripes. In New York, more than 50,000 health care workers have answered Gov. Andrew Cuomo’s pleas. In California, a newly created health corps to expand the workforce has garnered more than 70,000 registrations from “underemployed” medical professionals of all stripes.

Another infusion of medical manpower is coming from the U.S. military. Three hundred soldiers from an Army unit in Fort Carson, Colorado, arrived in Seattle last week to set up a 250-bed hospital inside the Seattle Seahawks’ football stadium, and a Navy hospital ship has docked in New York City. By caring for patients without COVID-19, they can free up local hospital beds for those who have the virus.

Health care workers are also being asked to shift gears, as they’re redeployed to other units, such as from transplant ICUs to respiratory care.

Italy’s worst-hit regions like Lombardy are also tapping another strategy: emphasizing primary-care monitoring and home care rather than hospital admissions. “Hospitals have always seen too many people that don’t belong in the hospital,” says Dr. Friebel, the analyst.

As Italian doctors have discovered by necessity, initial screenings of suspected COVID-19 patients can be done without a physical visit.

“It turns out that a lot of both screening and follow-up of [COVID-19] patients – the mild cases – is about asking questions about symptoms,” says Joseph Kvedar, a Harvard Medical School professor and incoming president of the American Telemedicine Association. “It’s a perfect setup for [telehealth] technology.”

Advocates of telemedicine say many health care needs can, in fact, be serviced without stepping foot into an office, clinic, or hospital.

Inquiries from U.S. clinicians about telehealth have skyrocketed, Dr. Kvedar says, at the same time that states and the federal government are loosening requirements for licensing across state borders and privacy issues around technology. They’re also reexamining what’s defined as a “visit” for insurance purposes.

“There’s been a staggering amount of creativity and collaboration,” says Dr. Charlotte Wu, a physician and founder of Harness Health Partners, a Boston-based consultancy. “We’re seeing an increased acceptance of virtual medicine, leveraging the skills of diverse team members, and collaborating across institutions – who were traditionally competitors.”

At Asian Counseling and Referral Service in Seattle, counselors are now offering mental health care by phone and video apps such as Zoom and Doxy.me. “We can accept consent via telephone versus in writing” in treating substance use disorders, says Michael Byun, who runs the nonprofit.

COVID-19 is spurring innovations that might eventually pave the way for routine remote-monitoring of chronic illnesses. The possibilities are legion. Seventy percent of U.S. health care costs go to treating health conditions like high blood pressure or high cholesterol that are attributed to or worsened by smoking, lack of exercise, or poor eating habits; they can be followed by a virtual-care quick check-in, says Dr. Kvedar.

“We don’t have enough people to deliver service one-to-one in a room at a time,” says Dr. Kvedar. “There’s a lot of inefficiency in the way we deliver care. When the dust settles, I hope we don’t go back to doing every single thing in the office.”

Back in Seattle, the veteran nurse Ms. Grant has bid her short-lived retirement goodbye; she’s now working 10- to 12-hour days, six days a week, managing COVID-19 testing sites. Her day begins early to ensure adequate supplies for the testers, as she leads a team of nurses at the University of Washington Medical Center – Northwest who were displaced from outpatient surgery centers and clinics.

Ms. Grant was part of a wave of nurses who entered the workforce during a severe nursing shortage in the U.S. during the 1980s. “Many people in that age bracket are exiting the workforce,” she says, so it’s no surprise they’re being called back to fill the gaps they’ve left. Ms. Grant feels a “loyalty” and a call to duty. “I am able to help this community at a difficult time.”

ATA events bring together industry experts and thought leaders to discuss timely and important issues impacting the industry. Register for ATA events and webinars to join the conversation. 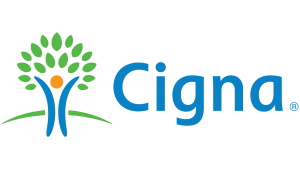