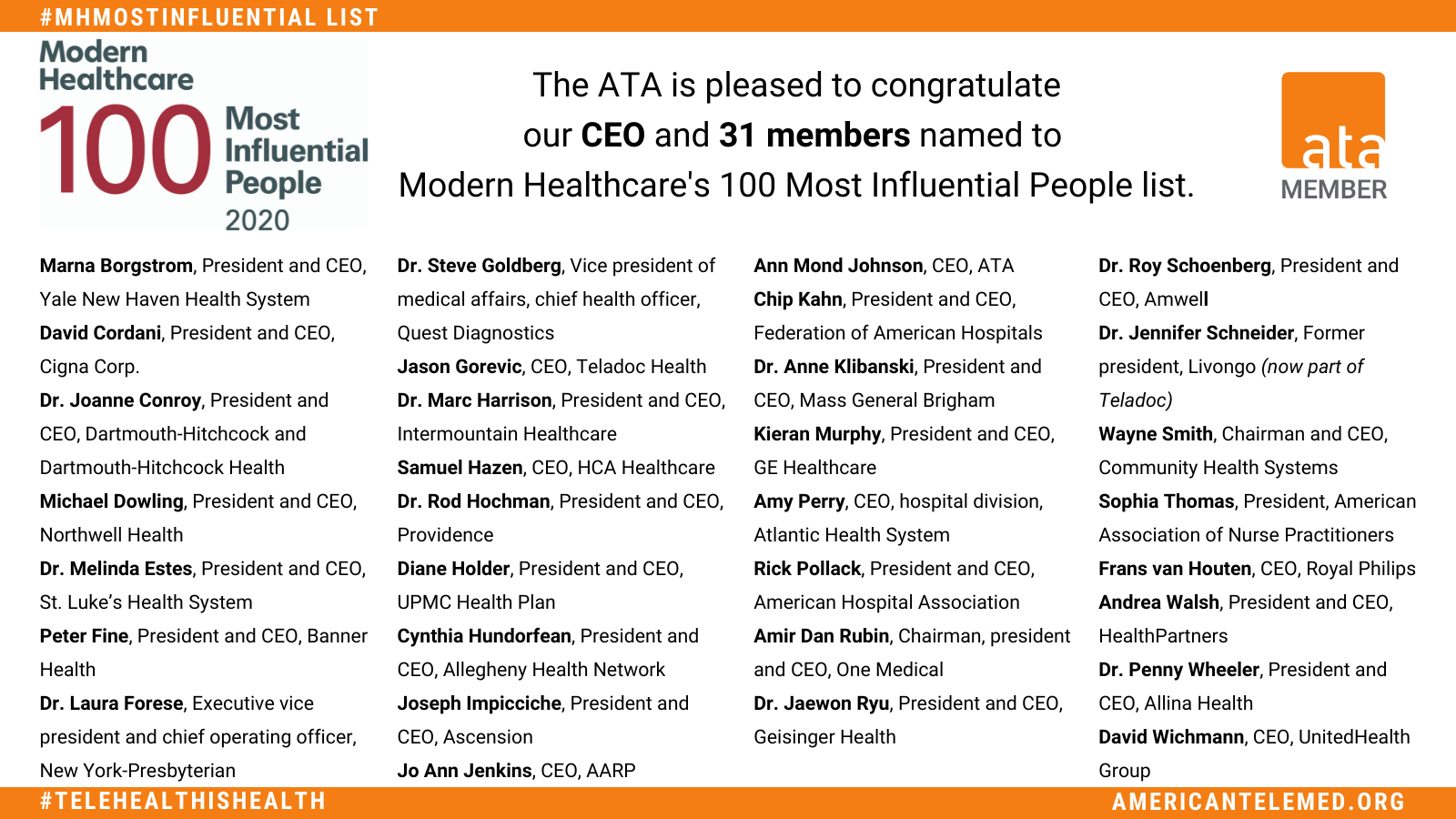 The American Telemedicine Association (ATA) is proud to announce that Ann Mond Johnson, CEO, and 31 current ATA members were recognized on Modern Healthcare’s 100 Most Influential People list. The complete ranking can be found in this week’s issue of Modern Healthcare magazine.

Telehealth is well represented on this year’s list, as testament to its critical role as a valuable compliment to in-person care delivery. We are pleased to congratulate the 31 ATA members named to the Modern Healthcare 100 Most Influential People list:

ATA events bring together industry experts and thought leaders to discuss timely and important issues impacting the industry. Register for ATA events and webinars to join the conversation. 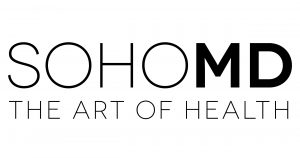